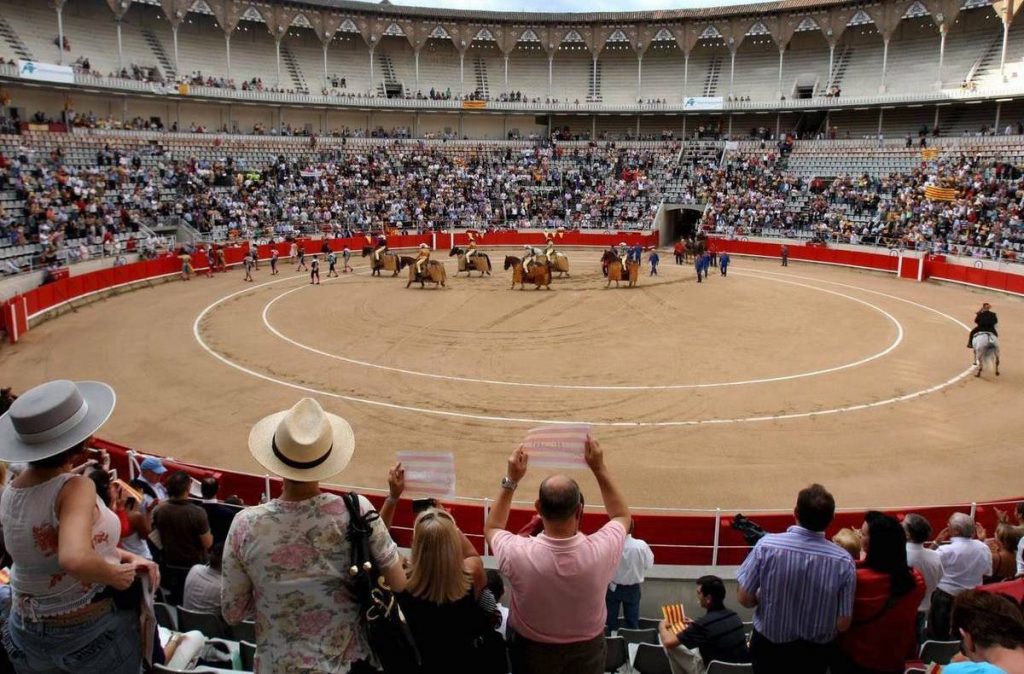 You probably don’t know how to watch a bullfight. Or you may even not know if you actually want to attend one…

Well, the special atmosphere that you can live in the bullring makes the Spanish bullfights a unique show that you will hardly  see in any place in the world.

And make sure to get your tickets well in advance!

But if you are still unsure, keep reading as I explain to you what goes on during the event and how to watch a bullfight.

Should you watch a bullfight?

I understand why people hate bullfighting.

Bullfighting is every bit as cruel and violent as the animal rights supporters make it out to be.

Yet a bull is only 20 minutes or so in the bullring. They are overlooking the fact that, up until their time in the arena, the bull has spent 4 or 5 years leading an untroubled life in the countryside compared to the stressful lives of most cattle.

All cattle must die in order to produce meat, and in most cases their life conditions are bad. Not to mention how they are killed in abattoirs.

So what critics don’t explain to you is that the issue with bullfighting should be how the animal is killed, rather than the fact that it’s killed at all.

They even claim that only tourists keep the event alive.

Nevertheless, it’s an amazing spectacle that deeply interests a large group of people.

Ultimately, it involves young men (and sometimes women) making significant sacrifices to become toreros and the inevitable injuries that the job brings. The sacrifice of the bull is just a demonstration that man’s intelligence can overcome the far greater strength, power and danger of a toro bravo.

So if you are contemplating whether to watch a bullfight or not, you will see blood and death (of bulls and maybe men). But you are consciously deciding to experience a unique part of the Spanish culture.

A bullfight is witnessing a dialogue between man and bull, with the torero attempting the bring out the animal’s best qualities while he performs in an artistic manner.

Now the ball is in your court…

You have made up your mind and you have decided to watch a bullfight during your trip to Spain.

Great. Here is what you should do next.

Do your homework before the bullfight

Read on the subject as much as you can.

Outside Spain there is very little understanding of what is a bullfight, what happens exactly during the event and how to experience it like a local.

The good news is that I have done all the work for you, so there is no need to wander throughout the Internet looking for practical information here and there.

And don’t forget to get your tickets well in advance!

While you are at the bullring

What happens during a bullfight?

In a regular corrida de toros or bullfight, you are going to see 6 bulls and 3 matadores. Each matador fights 2 bulls.

Here you have a brief outline of how a Spanish bullfight is structured:

What happens during a single fight?

And this is what happens during a single fight:

To be honest, a bullfight is a lottery.

Even the best matadores confronting the best breed of bulls cannot guarantee an excellent bullfight. To give you an idea, out of 100 bullfights only 10-15 are performed well, and 1 is considered excellent. Not great odds if you only have time to attend one or two bullfights…

But then again, the whole experience is not only enjoying what’s happening on the arena. It’s actually the atmosphere, the crowds, the show time, the music and the colors!

So if you finally decide to go to a bullfight, try to read as much information as you can to understand what’s going on, bring your camera, and try to have a good time.