Essential guide to bullfighting in Spain 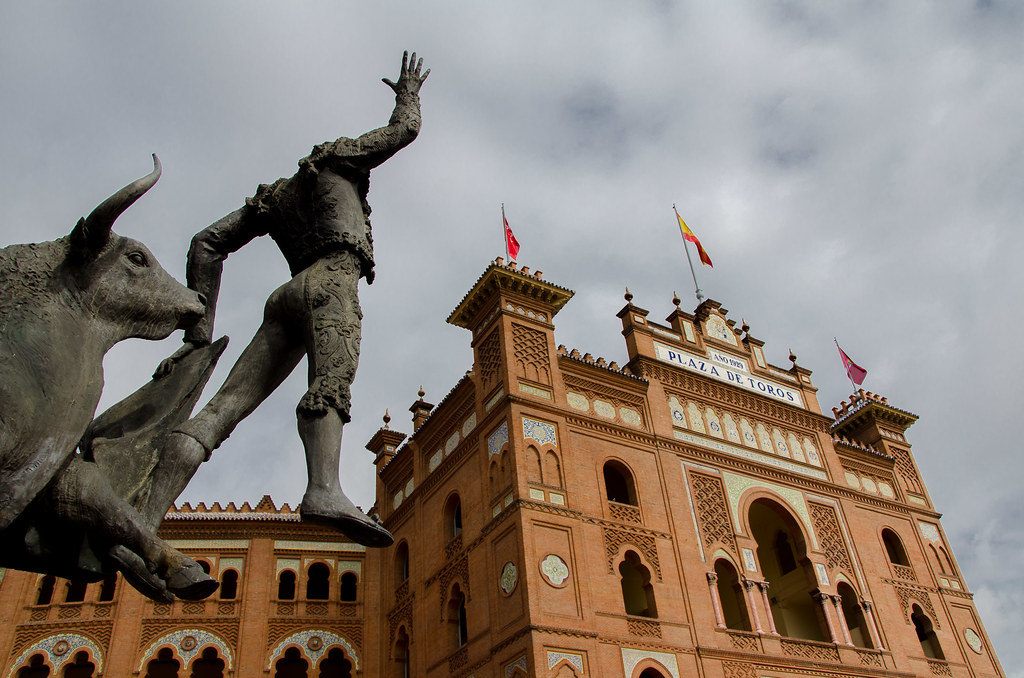 Bullfighting in Spain became popular at the end of the 18th century. It’s certainly one of the best-known Spanish customs as well as an important part of the country’s history and culture.

Actually, the bullfight is the most immediate image most foreigners have of Spain. And while it’s still a controversial subject, your image of Spain surely gravitates around bullfights, flamenco and whitewashed hill towns.

What is bullfighting? This Spanish tradition is a performance in which a bullfighter faces a bull according to a set of rules and guidelines.

The Spanish bullfight is a fight to the death between a man and bull.

Actually, it’s much more than that.

Bullfighting is part of the cultural heritage of Spain and some other countries, and it’s entrenched in Spanish history, providing also a very popular identity ground in the country.

You probably don’t know how to watch a bullfight. Or you may even not know if you actually want to attend one…

Well, the special atmosphere that you can live in the bullring makes the Spanish bullfights a unique show that you will hardly see in any place in the world.

But if you are still unsure, let me explain to you what goes on during the event and how to watch a bullfight.

This bullfighting festival calendar includes the most important bullfighting events in Spain. It can help you organize your itinerary according to the dates the different events take place.

Generally, bullfighting festivals (corridas) are organized during the bullfighting season, which in Europe (mainly Spain, Portugal and France) extends from late March to early October).

In each town, bullfights are arranged as part of a cycle normally coinciding with major local festivities. These bullfighting festivals usually last between 3 days to 2 weeks and have bullfights almost every day during the festival.

How to buy your bullfight tickets

The old fashioned way to buy your bullfight tickets would be to go to the bullring ticket office.

However, you risk waiting in line for hours, not being able to communicate with the ticket office staff and explain them where you want to seat or ending up with not very good tickets with poor visibility…

Alternatively you could get them from one of the ticket scalpers wandering around the plaza. But they will ask you to pay an overprice.

If you are interested in buying bullfight tickets to attend a corrida in Spain, have a look at a complete and step-by-step explanation on how to get your tickets online.

Thanks to this essential guide you’ll learn everything you need to know about the different type of seats, where to buy the tickets and have an idea of a price range.

7 Bullfight tips to make the most out of the experience

Thanks to these bullfight tips you will make the most out of your experience of attending a such a colorful and lively event.

If you decide to go to a bullfight while on a trip to Spain, you should take into account that this a complex event in which many people take place and lots of things happen in the span of 1.5 and 2.5 hours.

So in order to have a great time and enjoy the spectacle, please consider these bullfight tips.

When referring to bullfighting, Spain is the mecca. In fact, bullfights are considered a quintessential element of the country’s culture. As a visitor, it’s a unique experience in which you’ll get caught up in the spectacle, color and crowd noise as soon as the spectacle begins.

Here are a few questions that may arise while you consider attending a bullfight. The answers provide all the practical information you need to know before going to the bullring.

Understanding the Spanish bullfight rules is essential if you want to understand what goes on at the bullring during a bullfight.

Bullfights are events in which little margin is given to improvisation.

Therefore, like any spectacle regulated by rules, to enjoy a bullfight you should know at least the basic rules and the meaning of a bit of bullfighting vocabulary.

Who are the bullfight participants?

The bullfight participants are always the same and you will easily recognize them by looking at how they are dressed. Each one plays a role during the corrida and all must be part of the paseíllo, a parade that takes place at the beginning of the spectacle in which the participants are presented to the crowd.

The only difference may occur if instead of a corrida a pie (on foot), you attend a corrida de rejones (on horseback). In this case, the toreros are replaced by rejoneadores.

Before the Spanish bull fight starts, there is a preliminary phase in which the matador and his team work the bull with their capote while carefully appraising its agility, intelligence, dangers, sight and, most importantly, its strength.

It’s very important for the matador to determine the animal’s qualities such as whether it favors one horn or the other (e.g. hooks to the left) or swings its horns up at the end of each pass.

In an authentic Spanish bullfighting the tercio de varas starts right after the bull enters the ring.

It is the first contact the matador has with the bull. As the bull is encouraged by the picador to attack the horse, his mission is to weaken the bull’s neck muscles and make it less dangerous.

The second stage of any Spain bullfight is the tercio de banderillas, during which banderillas (barbed darts decorated with colorful ribbons) are placed in the bull’s morrillo (a complex of muscles over the shoulder and neck).

The banderillero, carrying a banderilla in each hand, runs towards the charging bull at an angle and places the banderillas in its neck. These are not supposed to weaken the bull but rather to provoke the bull to charge face on.

During the third Spain bullfighting stage, the tercio de muerte, the matador faces an incredibly difficult challenge and the most dangerous moment of the corrida. He must confront the fighting bull and kill it elegantly.

The tercio ends with the estocada or the act of stabbing the bull to death. It’s the most difficult task the matador faces in a corrida because he might be gored while performing it.

The bullfight awards, or trofeos, indicate that the matador has achieved a successful fight (faena). They are very important for the matador because they are proof of their bravery and art while performing the fight.

In other words, they are social proof of their quality and know how. So this can result into more corridas for him during the season or the next one.

With this bullfighting facts you will learn the basic things you should know about bullfights in Spain before attending one.

A brief history of bull fighting in Spain

Bull fighting in Spain has been at the heart of culture for centuries. From the prehistoric bull worship and sacrifice to the modern bullfights, this is probably one of the best-known popular customs around the world.

Bullfights are considered one of the symbols of the Hispanic culture. They are not only organized in Spain but also in Portugal, France and part of Latin America, where some customs may vary. However, Spain has the longest season and it is the country in which most of the bullfights take place.

Finally, you can have a look at a complete glossary of bullfighting terms.

You will soon realize that the tauromaquia is a universe on its own, full of traditions, and words that are only related to bullfighting. The definitions and explanations will help you understand the particular vocabulary used during a bullfight, which will prove particularly useful if you plan to attend one.