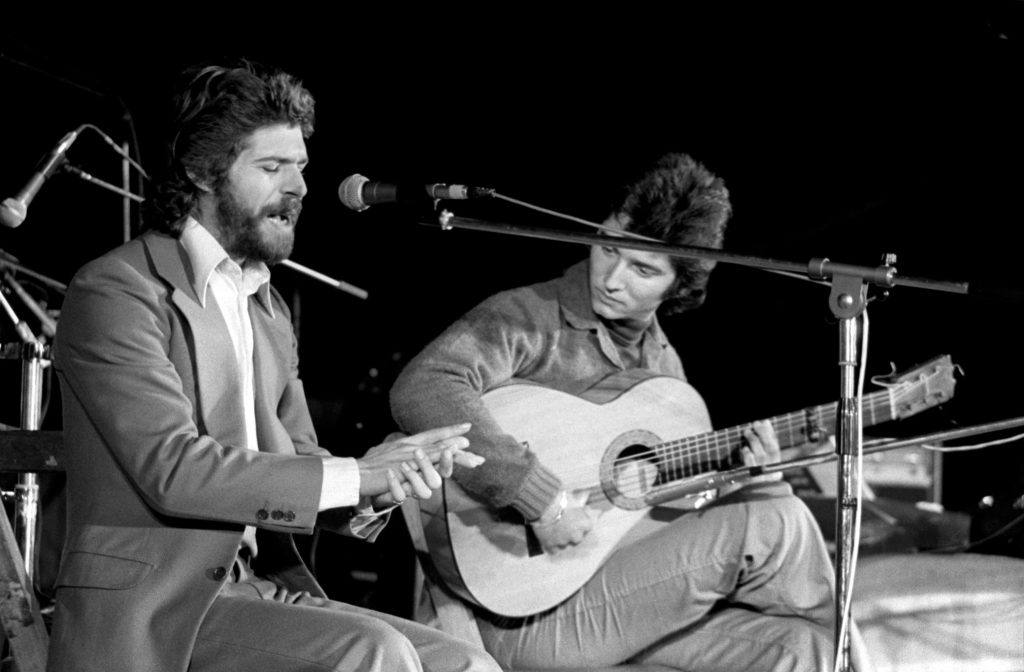 Flamenco singing is part of the essence of this amazing cultural art form. It would be meaningless without the intervention of the voice.

In fact, in its origin, flamenco was only singing. Before the incorporation of the guitar, the voice alone or with the accompaniment of the palms or knuckles was enough. A cante singer is a cantaor or cantaora.

Because the dancer is front and center in a flamenco performance, people often assume the dance is the most important aspect of this art form.

Quite the contrary! It’s the cante which is the heart and soul of the genre.

The 3 categories of flamenco songs

The essence of flamenco is the cante, or song.

Each song style is distinguished by a characteristic rhythm and chord structure. Nevertheless several types of cante may share the same rhythm but individualize accentuation, subtleties, and emotional content.

The diversity of flamenco styles is absolutely phenomenal. To give you an idea of how wide flamenco can be, there are more than 50 palos which, in turn, can have many variations!

And, as you can imagine, each palo has a specific type of song…

It’s the best-known form in a family of lively, vibrant songs known as cantiñas.

Cantiñas emerged during the Peninsular War in the early 19th century when Spanish partisans gathered on the Atlantic coast near Cádiz to launch the first attacks against Napoleon. The local music of Cádiz blended with jotas from Aragón (a region located in the north of Spain). Thus, the cantiñas and its variations (alegrías, mirabrás, caracoles and romeras) were born.

It’s one of flamenco’s most flexible forms. It’s spontaneous, humorous, and constantly changing. This fast, rhythmic party music is generally intertwined with social commentary that mocks the rich as it entertains them.

The fandango is reminiscent of Portuguese fado and is the result of the mixture of cultures that have influenced its creation. The singer uses the ostinato (a figure that is repeated consecutively several times in a musical piece) and the fandango’s own rhythm to create a vocal line of his own inspiration, creating numerous variants.

The rumba flamenca may be the most widely known and least understood of the flamenco forms. Most of the world first heard this style through commercial music groups such as the Gypsy Kings. Have you ever heard their popular songs “Bamboleo” or “Volare”? I’m sure you have.

Siguiriyas derive from flamenco’s earliest root forms, the tonás. Its name is a corruption of the term seguidillas – a group of 18th century songs and dances. Slow, majestic and tragic, siguiriyas is incredibly deep and sad. Its lyrics focus on tragedy, sorrow, and pain.

So many other important styles derive from the soleá, so it’s often referred to as the mother of all flamenco songs. All the elements of a soleá, including its 12-count rhythm with an irregular beat structure, its unique cadence, and its melodic gestures are unique to it.

A sevillana is a light and lively song, which social roots that extend deeply into many parts of Spanish culture. Sevillanas are closely associated with Seville’s April Fair.

The tango consists of a simple, easily varied harmonic and melodic structure over a 4-count rhythm. Unlike other 4-count rhythms, the first beat is weak while the other three beats are strong. It’s the result of a melting pot of African and Caribbean music blended with Spanish music in 18th and 19th century.

Types of voice in flamenco singing

There is no single voice in flamenco singing, nor is it necessary to have a specific type of voice to sing. All voices are suitable, as long as the interpreter has the minimum tempo and tuning skills necessary for it.

Depending on the style that is interpreted, flamenco songs have a base of formal elements. But they usually include a lot of improvisation. So on a particular melody and rhythms, each artist harmonizes his voice timbre, his lung capacity and leaves his imprint and personal seal.

Here are some of the most popular types of flamenco voice: