What to do in Barcelona 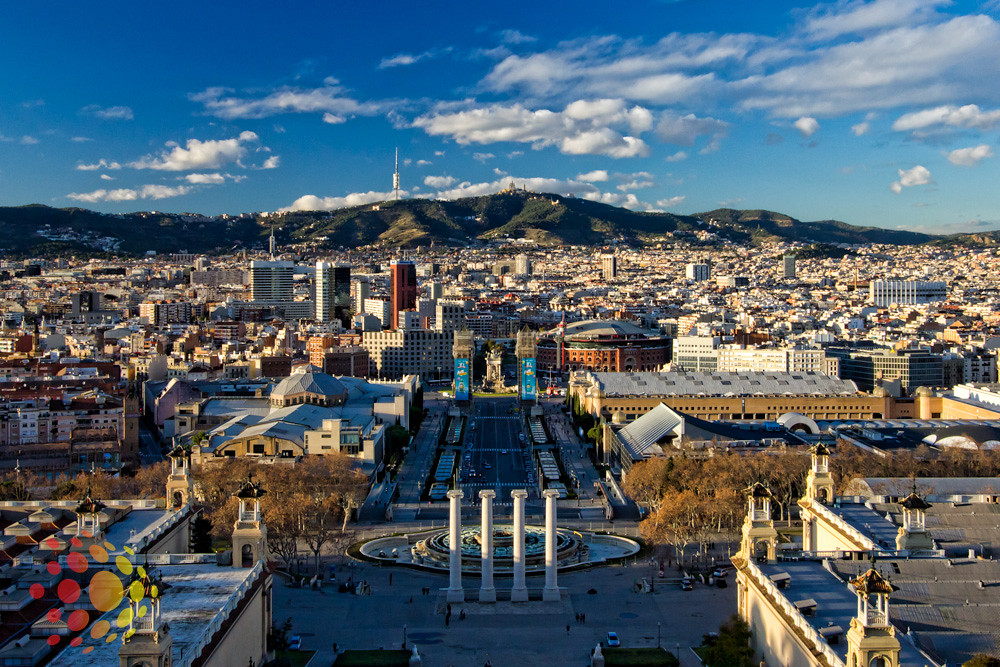 Discover here what to do in Barcelona, the places and experiences you should not miss. Be sure to check out my tips!

With fantastic art and architecture, and a rich medieval history, as well as innovative modern additions, Barcelona is certainly not short of things to do and see. Here I explore 10 of the unmissable things to do and see if you’re visiting this amazing city!

If you want to save time and money, I recommend you to have a closer look at the Barcelona Pass.

Though it’s full name is El Templo Expiatorio de la Sagrada Familia (The Expiatory Temple of the Holy Family), this building is simply known as the Sagrada Familia, a basilica designed by the Catalan architect Antoni Gaudí i Cornet. It is one of the most famous works by the artist and is the most iconic and visited monument in Barcelona with almost 5 million visitors in 2017.

But most importantly, don’t forget to buy your tickets in advance. The number of visitors allowed inside the complex is limited and tickets could be sold out!

If you prefer to have a complete cultural experience, you should definitely book a guided tour.

Park Güell is one of the most famous projects by Catalan architect Antoni Gaudí. The park is named after Count Eusebi Güell, who commissioned the development of the area into a luxury housing estate. The project took 14 years to complete between 1900 and 1914 and was ultimately a failure as only two houses were built – one occupied by Güell and the other by Gaudí.

If you manage to visit the park in the early hours you’ll enjoy a much more peaceful visit, since there will be fewer tourists.

The Camp Nou stadium is the home to one of international football’s biggest teams – FC Barcelona. But not only this, it is actually one of Europe’s football cathedrals. So even if you have no affinity for the team, you should definitely consider including the Camp Nou Experience into your itinerary to appreciate the amazing scale of the arena and the club’s museum.

Of course, if you are a Barça fan you’ll be in heaven, touring the stadium and browsing the memorabilia at the museum. And if you want to have a complete experience, you should get tickets for a match!

The Barri Gòtic or Gothic quarter is the medieval city of Barcelona. This area has many beautiful churches, plazas, markets and museums and you can see parts of the old Roman walls. No matter how much time you spend exploring, you will always stumble upon yet another enchanting square or mysterious alleyway.

It grew around the ancient Roman town of Barcino which is Barcelona’s oldest area. In fact, if you visit the Museu d’Història de la Ciutat you can see remains of Roman Barcino houses and streets under the museum.

Of course, one of the most famous monuments in the Gothic Quarter in Barcelona is the 13th to 15th-century Gothic cathedral, the Catedral de la Santa Creu i Santa Eulàlia.

It’s difficult to find a Barcelona guide that doesn’t recommend you to visit the Mercat de la Boqueria. Between us, in our opinion and that of many residents of Barcelona, the Boqueria has unfortunately become a tourist trap. If you happen to be close by and you want to have a look, by all means, be my guest.

But if you want a much more authentic experience on where local buy their fresh produce, go to the Mercat de Santa Caterina to see a market of modern architecture. Alternatively, you can also go to Mercat de la Concepció in the Eixample neighborhood, Mercat de l’Abaceria Central or Mercat de la Llibertat, both in the neighborhood of Gràcia.

Located in one of the most central points of the city, it’s practically impossible not to pass by the Casa Batlló. And if its well-known silhouette doesn’t draw your attention, then the hoard of tourists outside waiting to enter certainly will.

The Casa Batlló is one of the most important and impressive works of the great Antoni Gaudí, reflecting the most creative period of his artistic career. The house is also popularly known as the “house of the masks” or the “house of the bones” by the resemblance of some decorative elements of the facade with masks and bones.

The museum, which opened its doors 50 years ago, occupies five Gothic palaces that were interconnected with each other. Here, the collection of Picasso’s early period stands out.

The idea of the museum was originally of Jaime Sabertés, a personal friend of Picasso. Sabertés wanted the museum to be built in Malaga, but it was Picasso himself who suggested to do it in Barcelona. Since 2003, Málaga also has a museum dedicated to Picasso, but its collection is much smaller (300+ works compared to the 3,800 that you can see in Barcelona).

Back in 1929, the Montjuïc area of Barcelona underwent one of the biggest renovations in the history of the city to prepare for the Universal Exposition of Barcelona in 1929. One part of the renovation was the creation of the Font Màgica de Montjuïc (Magic Fountain of Montjuïc).

The concept of an illuminated fountain wasn’t exactly a new one at the time, however it’s most likely one of the first to do so as part of a regular and synchronized show. The outcome was so spectacular that it was described as a new artistic style, the art of “Agualuz” or “Water-light” in English.

Originally, music did not play a part in the show, it was until the 1980s that this feature was added. Today there are a total of 15 musical shows from various distinct genres.

Everyone knows that Spain is a dream destination for foodies, but not everyone realizes just how varied the cuisine is from region to region. The good news is that if you’re planning a trip to Barcelona, there are all sorts of local must-eat foods to delve into…

Catalonia’s rich culinary ancestry is felt in everything from simple home cooking all the way up to the city’s current list of 23 Michelin-starred restaurants. In total over 60 restaurants have received the distinction, making Barcelona a culinary capital of Europe. So from upscale to cheap dishes, there is a ton of options to choose from.

The Passeig de Gràcia could be defined as the noble avenue of Barcelona, its Champs Elysées. It’s a great avenue that begins in Plaça de Catalunya and ends in the neighborhood of Gràcia. When the Eixample neighborhood was designed, the richer families of the Catalan bourgeoisie began to build their houses here, competing among themselves to see who had the most spectacular house.

At the same time, the Passeig de Gràcia boasts spectacular buildings, which have housed, in recent years, more and more designer shops and luxury brands while some very traditional shops still survive. So it’s a great place to stroll, have a look around and enjoy the architecture.