Tipping in Spain: when and how much? 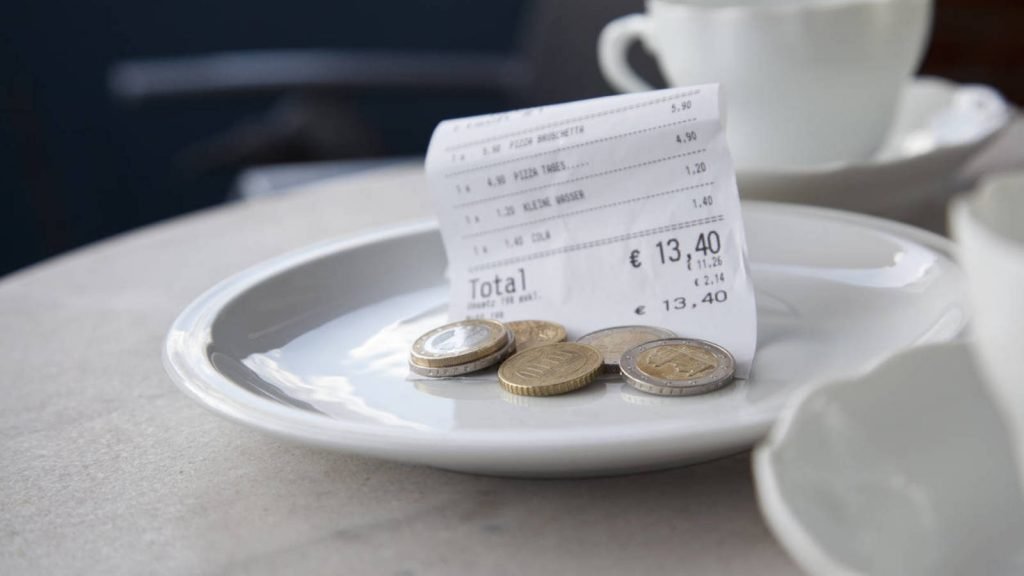 Is tipping in Spain mandatory? You surely hate that awkward moment when you aren’t sure if you should tip or not at the end of a meal or taxi-ride.

The topic of tipping and gratuities in Spain is one question that I often get asked about, especially by travelers coming from countries such as the US or Canada, where tipping usually comes mandatory and probably in somewhat significant amount.

Since we’re talking about money, these tutorials will come handy:

So, back to tipping, what is it actually like in Spain? Is it common? And if so, how much gratuity should you leave?

In Spain, tipping is entirely optional and it’s not very common. You may see people leaving small change at cafés and bars and, eventually, someone tipping at a nice expensive restaurant. But most of the time, you won’t see anyone other than tourists leaving a tip.

If tipping is a regular custom for you and you feel that the situation deserves it, your tip will be kindly appreciated.

However, don’t feel that you must do so. This is particularly true if the service was bad or not even particularly good.

As a rule of thumb, whether you tip or not will depend if you intend to return or not, if the waiter was nice, if you feel you’ve already been overcharged or if you feel generous on that particular day.

How much tipping is customary in Spain?

Contrary to other countries where leaving a tip of around 5-10% of the bill is common, there is no set standard rate in Spain.

Therefore, you decide how much you think is appropriate.

Although there is no culture of tipping, there is a culture within Spain that rewards hard work – therefore a further determinant of your tip is based on the merit of your server.

The best advice is to follow your intuition and act accordingly.

I always recommend to pay everything with your travel debit card to avoid hidden fees and terrible foreign exchange rates.

But if you pay for your meal, for example, with your travel debit card, should you pay the tip in cash or directly with the card?

Well, both options are common in Spain.

In my opinion, it’s always easier to tip directly when you pay by card.

So before paying, indicate that you would like to leave a tip and the waiter can easily adjust the amount to be paid.

In the case of restaurants and cafés belonging to large establishments or chains, keep in mind, when paying by card, the money may go directly to the owner and not to the wait staff. It would be the only situation where you should use cash.

Tipping in restaurants in Spain

Spaniards generally never tip at restaurants with table service, and if they do it’s next to nothing because a service charge is usually included in the bill (look for the servicio incluido mention). If service is not included (servicio no incluido), you should tip up to 10%.

Additionally, you may be charged an extra fee for sitting outside. To avoid any confusion, ask the waiter if there is a terraza fee. If you leave a tip, make sure you don’t leave your table unattended until the waiter takes it.

Tipping in cafés and bars

Spaniards don’t feel compelled to leave a tip for drinks or light food (e.g. tapas, bocadillo, sandwich). Therefore, if you order a meal at a counter, as you often will in a tapas bar, there’s no need to tip. Nevertheless, if you’d like to leave a tip you can round up the bill a few coins.

Tipping in Spain is rare, but doing so in a taxi is practically nonexistent. You may leave a tip if the driver helped you with your luggage or rushed frantically so you wouldn’t miss your flight. Other than these extraordinary situations, just don’t tip.

Example: The ride has been 6.85€ – don’t leave a tip. You go from the airport to your accommodation and the ride costs 30€, don’t tip the driver either – the ride was expensive enough!

Your tour guide is most likely a freelancer with a varying monthly income, so she will almost certainly welcome any tip you choose to leave them. As a general rule, the smaller your group is, the more you should tip.

And please, please don’t take one of the ubiquitous free tours that make their way through the streets of the main cities.

Example: You book a 95€ Spanish cuisine tour and you like the guide so much for her explanations and enthusiasm that you tip her anywhere from 5€ to 20€.

Porterage doesn’t really exist in Spain in the way it does in Anglo-Saxon countries, for example. So unless you are in a 5-star hotel you usually won’t find anybody designated to help with your bags.

If somebody does take your bags from your car or lobby to your room, you can tip him 1€ per bag up to a total of 5€.

If you order something from the room service, you can tip the person who delivers your meal or drinks. In this case 1€ for drinks is more than enough, and 2€ is fair for any other meal.

If you want to tip your chambermaid, you can leave a few euro coins at the end of your stay. But remember that in Spain it isn’t expected at all.

You may order some delivery food to your rental apartment or even go to the hair dresser, or to a nail salon…

In general, if you’re treated like a royal or someone does a super job for you, you could consider leaving a small tip – probably a couple of euros. But that’s it. Tips are a reward for an excellent service, nothing more.

Remember, it’s by no means an imperative and is never expected.