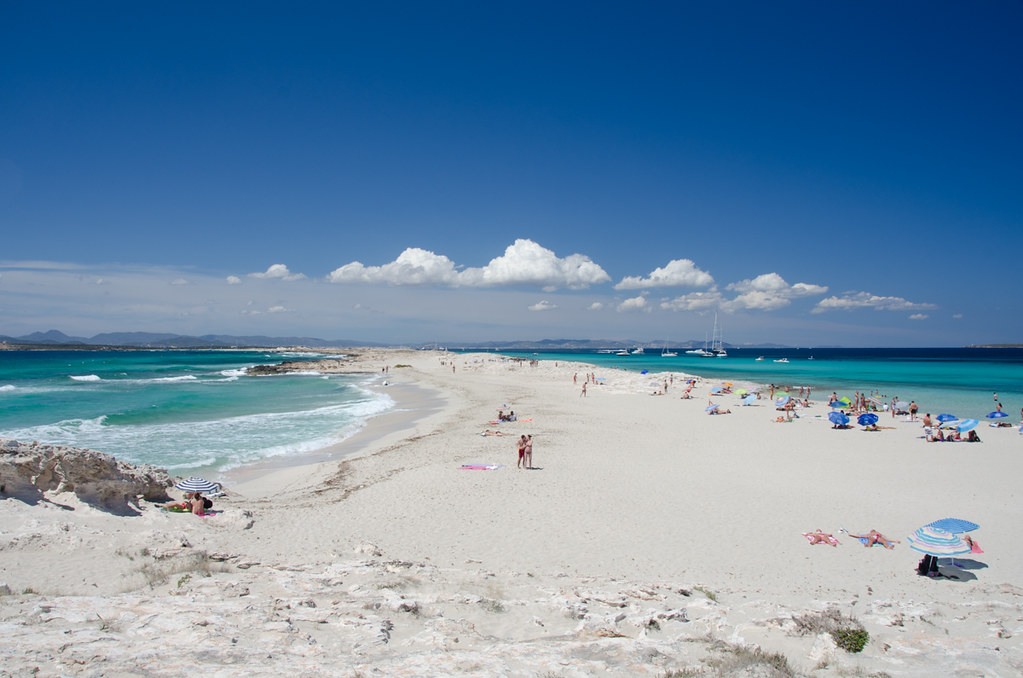 The Spanish climate varies throughout the different regions of the country. In the north (particularly the coast) temperatures are mild almost all year round, with some cold winters and the landscape can be quite green as it rains very often. On the other hand, in the South (mainly Andalucía) winters tend to be gentle whereas summers can get extremely hot.

One reason why holidays in Spain are so popular is due to the country’s spectacular weather. It is very probable that your holiday to Spain will be a success due to its spring climate throughout most of the calendar year.

Therefore, don’t forget to check Spain’s weather forecast. Depending on the time of the year you will come and the area that you will visit, you might need to choose between packing a pair of thongs or your warmest boots!

As Spain is geographically situated in the northern hemisphere and in a temperate zone, its climate is divided into four seasons. Like many other European countries, each season is quite different in Spain. Weather can be very tricky and sometimes we get temperatures below 0ºC (32ºF)…

To give you an idea of what you can find depending on the region you will visit, the Spanish climate can be divided into four different climatic areas.

The Mediterranean region enjoys the best climate in the world and you can easily enjoy spring weather conditions for longer than six months a year. From April to June, you’ll experience temperatures between 25ºC and 30ºC (77ºF and 86ºF). September and even October can be quite warm as well, with sunny days and perfect blue skies.

But you should be aware that summers are very hot. And when I say very, I mean very hot! Rainfall is extremely rare and temperatures can be higher than 40ºC (104ºF), sometimes reaching 45ºC (113ºF) at noon. July and August are the hottest months.

You’d better find out how to keep cool during a boiling hot summer.

On the other hand, winters tend to be relatively mild and the temperature rarely falls below 10ºC (50ºF). December and January are the coldest months, especially if the wind is strong.

The Spanish climate can be very wet during the spring and fall. Don’t believe the myth that it never rains in the South. 2009-2010 has been one of the most severe winters in years and some parts of Andalucía have been flooded. It has literally rained cats and dogs!

How is the Spanish climate inland?

Spring and fall will be the best seasons to spend a holiday in Spain. Madrid for instance has one of the loveliest falls of the Iberian Peninsula.

Remember what I just said about summers in the South? Keep it in mind – you will find the same dry hot summers as in Andalucía. The temperatures will be very high during the day but they will tend to drop to an average of 25ºC (77ºC) allowing you to sleep… Unless you want to enjoy the famous Spanish nightlife, and summer is clearly the peak season for that…

On the contrary, the winter (especially inland and in the north of Spain) is very very cold. Alright, not as cold as in Moscow on a sunny day but temperatures go below 0ºC (less than 32ºF). During a harsh winter they could possibly reach -10ºC (14ºF). Let’s hope you’re not too unlucky with the weather, Spain can be freezing.

This region has very unpredictable weather, with scattered sunny days that can rapidly change into grey clouds and regular showers.

Summers are generally fine, cloudy and foggy in the morning whereas the afternoon can be bright and sunny. Temperatures are mild, ranging from 10ºC to 25ºC (50ºF to 77ºF).

Fall and winter are the wettest seasons of the Spanish climate. They tend to be very long and it is rare to see the sun, sometimes for weeks… It’s clearly not the best moment of the year to visit this part of the country. On top of the humidity, temperatures are cold – they can go from 5ºC to 15ºC (41ºF to 59ºF) with strong winds that can make you feel even colder.

The Canary Islands are our little paradise weather-wise. In fact, this archipelago is commonly known as las islas afortunadas (the lucky islands). Of course they are!

This group of seven islands is located off the northwestern coast of Africa, approximately 100km (62mi) from Morocco if you start counting from the eastern island (Lanzarote). It enjoys a subtropical climate compared to the rest of Spain.

Summers here are usually… you guessed it… hot! But they are also very humid (generally more than 80%). However, you’ll find mild temperatures throughout the rest of the year as if winters never existed.

As you can see, even though Spain is not a very big country, its climate can change dramatically from one region to another. Be aware that you will be confronted with different temperatures and weather conditions depending on where and when you plan to travel.

To avoid surprises, have a look at the weather forecast for Spain.