What to eat in Barcelona 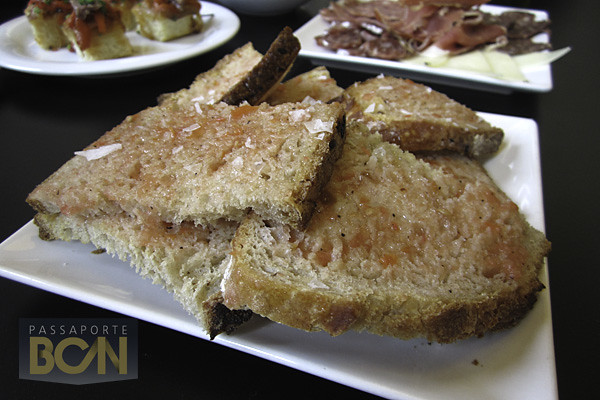 What to eat in Barcelona? Food is an essential part of the Barcelona experience, but unlike the rest of Spain here the “tapas” culture is not very popular. Here you’ll find a complete guide to help you experience the best of the local gastronomy.

What to eat in Barcelona: is there a tapas culture?

Whenever you think about Spain and its gastronomy, the first idea that comes to one’s mind is tapas. Just as you would think about pasta for Italy and curry for India, tapas are a synonym for Spain.

You are probably wondering what they are. Tapas are “little dishes” or snack-size foods that can be eaten all around Spain. The combinations of ingredients are infinite and you’ll find as many tapas in Spain as you can imagine.

Eating tapas is part of Spanish culture and a way of socializing. You will come across great tapas from Galicia up in the north to the Canary Islands in Africa, opposite Morocco.

However, In Barcelona the tapas culture doesn’t have the same tradition as in other cities of Spain. Alas, in Barcelona salir de tapas or “bar hopping” is considered something only outsiders do.

That being said, if you want to experience tapas culture in an environment that is not frequented exclusively by tourists, take the Metro and go to Carrer Blai, a street full of great tapas bars and where you’ll have a funny and delicious experience.

What to eat in Barcelona: breakfast time

In Barcelona you can have breakfast in the hotel or in any bar or bakery.

Most bakeries and cafés offer promotions during breakfast hours, usually advertised by a sign posted at the door of the establishment. Breakfast proposals usually include a coffee (or latte) and a toast or a pastry (croissant, muffin) or some other combination that may also include a juice.

What to eat in Barcelona: almuerzo

Before lunch itself, some Barceloneses stop to eat something around noon – what we call in Spain “mediodía” (or literally, mid-morning). This stop is known in Barcelona as a almuerzo, a term that can be quite confusing because it may also refer to lunch…

What to eat in Barcelona: comida

The main meal of the day is the dinar (lunch or comida in Spanish). The time that locals usually have lunch is between 14:00 and 15:30. In places in the interior of Catalonia it will be difficult to find some restaurant open before 14:00 and eating after 15:30 won’t be easy either.

As Barcelona is a city that receives many foreigners, the schedules of many restaurants will be adapted to more European customs. So you’ll find restaurants that open at 13:00. You’ll probably find only foreigners eating at that time, but if you’re hungry, you’ll have somewhere to eat.

What to eat in Barcelona: merienda

As it happens in the morning, in the middle of the afternoon you can have a snack, because the dinner time is also very late compared to the rest of Europe. This is particularly true during weekends, when most locals do it. But you can also have it during weekdays.

A perfect place to your merienda is a granja. A granja is a place that used to be a “dairy shop” (lechería in Spanish), where cows were milked and the milk distributed. Nowadays these places have the same denomination and vocation, but they are something typically Catalan. So you won’t find them anywhere else in Spain.

Granjas could be defined as a very traditional kind of confectionery, where dairy-derived delicacies are served. Most people order a pastry, a hot chocolate or a delicious dessert. In the summer, a great option is to go to a gelateria (heladería in Spanish), an ice cream shops.

What to eat in Barcelona: typical dishes

Among the many typical dishes of Barcelona there are ten delights that you should know.

What to eat in Barcelona: drinks

While you may have the preconceived idea that everyone in Spain drinks sangría and strong red wines, the truth is that the variety of beverages is larger and far more nuanced than you can imagine.

The following list provides information about some typical drinks that you can order while in Barcelona, all year round: