How to move around Barcelona 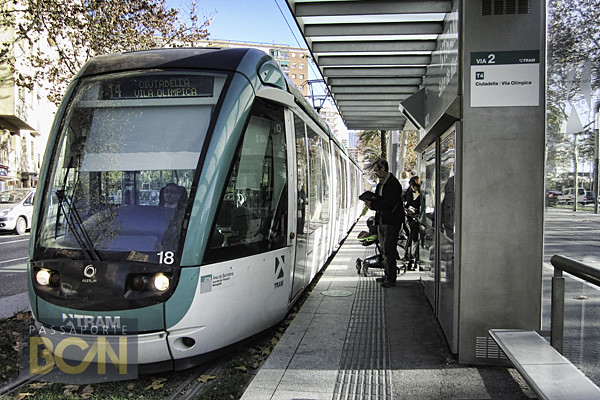 How to move around Barcelona? Find out here what are the means of transportation you are likely to use during your days in Barcelona.

Let’s begin this section by sharing the good news: Barcelona has a great public transport system and it also offers other alternatives to move around the city.

If you are going to spend a few days in Barcelona, and depending on the location of your hotel, you might need to resort to other means of transportation to join the starting point of the itineraries and get back to your hotel after you complete them. We advise you to book a hotel in the center of the Barcelona. See our advice on the section Where to stay in Barcelona.

How to move around Barcelona: Metro

The subway in Barcelona is called Metro and it’s probably the best means of transportation to travel around the city. With a few exceptions, Barcelona’s Metro network reaches all the highlights you may be interested in visiting. Despite the large number of interconnected lines, it’s an easy-to-understand subway.

The most important lines of the Metro de Barcelona are operated by the public company Transports Metropolitans de Barcelona (TMB). The Metro has 11 lines. Each one is identified by the letter L, the line number, and a color.

How to move around Barcelona: Tram

Barcelona has six tram lines operated by the local transport company TBM. Have a look at a map with the Tram lines.

The Tram is integrated with the Barcelona municipal transport system. So you can use the same Metro (subway) or bus ticket on the Tram.

How to move around Barcelona: bus

The Barcelona bus is operated by TMB, the city’s transport consortium, and is undergoing a profound transformation with lines being changed, created or abandoned. These changes will be implemented during a few years no one knows when they will be completed. So make sure you always have an updated map of the lines that are working.

You can check the lines timetable and itinerary at the TMB website or at the stops.

In Barcelona you can purchase your fare from the driver. Be aware that bus drivers will only give change for small bank note denominations, don’t try to pay with bank notes higher than 5€ – unless you are purchasing 4 tickets or more.

When you are at the stop, wave or raise your hand as soon as you see your bus coming. This applies especially on a bus stop for multiple lines. In Spain bus passengers form a line to enter the vehicle one by one. Please respect it.

How to move around Barcelona: tourist bus

Buying a ticket of a city sightseeing bus can be an excellent option if you don’t have a lot of time to explore the attractions on your own. Barcelona has two companies offering this service.

If you are already familiar with open top bus tours, also known as hop on-hop off, the available services in Barcelona are pretty much identical as to what you could find in other cities across the world.

Nevertheless, if you haven’t heard of these buses or have never taken one of them, here is how the tourist bus works:

What’s great is that you can buy your Barcelona Bus Turístic tickets online.

And the best thing is that you can buy your City Tour Barcelona tickets online.

How to move around Barcelona: cable car

There are five cable car options, all for tourists but interesting nevertheless:

How to move around Barcelona: taxi

Using taxi in Barcelona is a comfortable and fast option. However, it will always depending on the traffic, so try to avoid them during rush hour.

It’s also the most expensive option, so it’s always interesting if you are a group of 3-4 people.

How to move around Barcelona: car

We believe that using the car to get around Barcelona is not a good idea for several reasons:

In any case, we suggest you to take a taxi. It will come out cheaper and with much less stress.

If you are getting to Barcelona by car:

How to move around Barcelona: bike

In recent years, the city of Barcelona has made a great effort to promote cycling as a means of transportation. Barcelona residents use the bike not only for sports or leisure activities, but also to get to work.

Thanks to a network of 200 km of cycle paths and favorable geographical conditions (no major slopes except for the surroundings of Park Güell) riding a bike is incredibly easy in Barcelona.

The City Council is responsible for Bicing, a bicycle rental system similar to those of many other cities in Spain. Unfortunately, it’s a system that, in practice, is only available to residents.

That being said, you can always rent a “tourist bike”. There are many companies offering this service, and some of them also organize group tours around the city.

How to move around Barcelona: train

Despite having a good amount of lines and several stations spread around Barcelona, the metropolitan trains are not a very interesting means of transport compared to the Metro (subway).

However, the train can be a good option if you are a considering going on a day trip from Barcelona.

The official website of the FGC (Ferrocarrils de la Generalitat de Catalunya), the public company responsible for operating the train service provides all the information you need, including a map of the network.